TPW is a Philanthropic organisation dedicated to Stamping Out the Cruel and Illegal trade in Endangered Wildlife.

The smuggling of wildlife is a Transnational environmental crime that causes suffering, stress and the death of rare and endangered wildlife. Our native Australian animals are much sought after overseas. Reptiles, birds and in particular native parrots – are prized trophies, and serious collectors will pay big dollars for live specimens. 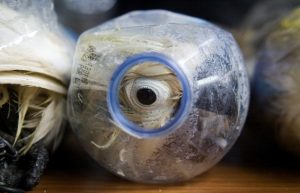 bound and stuffed in plastic bottles

Unfortunately, the laws of scarcity work in the wildlife trade, so the rarer the animal the greater their value on the black market. This makes wildlife smuggling a big problem for conservation of native animals that are in decline or even worse, threatened with extinction.

The transnational scope of the activity makes this crime difficult to curtail. While there is a strong awareness of the problem in Australian customs, in many of the destination countries for our wildlife the capacity to respond to the crime is just not there.

The problem of transnational smuggling of wildlife is recognised at an international level, and Australia is a member of the Convention on International Trade in Endangered Species (CITES).

The international body, established in 1975, manages the global lists of flora and fauna that can be legally traded, and Australia, like all 175 signatories, is bound by CITES regulations.

In Australia, Customs and Border Protection is the primary authority that detects and monitors the wildlife trade and enforces the law at our borders. But enforcement is a complex issue as violations comes under many jurisdictions, which means collaboration is needed between different law enforcement agencies, state and federal environment departments, wildlife officers, customs and international authorities. The barriers to successful prosecution are also increased by the fact that in many overseas countries environmental crimes have a low investigative priority. The agencies involved often have scarce resources and personnel, which means only a small percentage of perpetrators end up being caught and convicted if wildlife can be successfully smuggled out of the country. 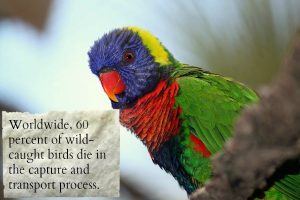 When perpetrators are caught, about 70 per cent of the time,fines are handed out. But fines are an inadequate punishment as they are usually much less than the value of the wildlife on the international black market, so they provide little deterrent to serious criminals.

In fact according to The Australian Crime Commission, hundreds of thousands of dollars can be made on a single trip of smuggled bird eggs on the Asian black market. Australian lizards can fetch as much as $8000 and our black cockatoo species are so highly prized that a handsome specimen can fetch up to $30,000.

There are also many ways animals can be smuggled. Animals or their eggs can be concealed within clothing, hidden in luggage or even mailed through the post. Parrots are hidden in plastic bottles, stockings, toilet paper rolls, just about anything that can restrain them and keep them compact. Normally loud animals are drugged to keep them quiet and in some cases birds have been found with their beaks taped shut. During the smuggling journey wildlife are without food and water, and often barely have enough air to breathe. Given these conditions, it is little wonder that the majority of the birds do not survive. But their high price means just one survivor makes the operation profitable.

Raising Awareness is a Big Part of The Solution 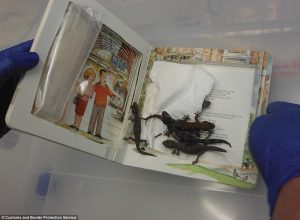 The illegal trade in exotic birds, snakes and reptiles continues to run rampant, funded by unsuspecting consumers who purchase them in pet stores. Federal Government officials report that many Australians get lured into the illegal trade after seeing online advertisements for rare and exotic animals.

This is where TPW can make a difference. We are a volunteer organisation dedicated to the Transnational Protection of Wildlife. Our activities focus on raising awareness through education and  our operations are funded by Australian companies committed to ending the vile trade in live animals

Stop the Transnational Protection of Wildlife Smuggling is an educational program run by TPWWest.org to stop this trade. 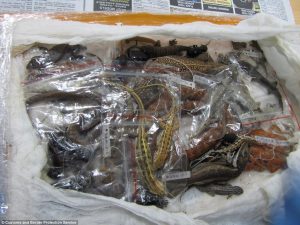 The workshop exposes the issue of Transnational Predatory Wildlife crime in Australia and aims to advance awareness of the problem and an understanding of ways in which wildlife is being smuggled illegally, both from, and into Australia.

If you have found this website because you may have information about the illegal removal of native animals or have noticed some suspicious activity suggesting animals are being illegally removed, you should call your local Parks and Wildlife’s Wildcare Helpline, Customs Watch on 1800 061 800, the police, or Wildlife Trade Compliance on 02 6274 1900.

TPW would like to acknowledge the generous financial assistance of businesses supporting our cause.